Banu Bargu is Associate Professor of History of Consciousness at the University of California at Santa Cruz. Her research focuses on the uses of the body in political and social struggles both as an object and as a subject of violence directed at itself. Drawing on different examples from around the world, she examines the implications corporeal politics holds for modern conceptions of agency, citizenship, and democracy. She is currently a member at the Institute for Advanced Study in Princeton, New Jersey. Among her many publications is Starve and Immolate: The Politics of Human Weapons (Columbia University Press, 2014).

“An upheaval that this form of strike not so much causes as consummates” – forms of social transformation
Eva von Redecker, Verona
March 4th, 2021, 18.00 h
Online, to receive the Zoom link, send an email to Daniel Loick, d.loick@uva.nl.

Eva von Redecker is a critical theorist and public philosopher writing about social
change, moral judgement, modern property, and sometimes even life and death. Eva holds a Marie-Skłodowska-Curie-fellowship at the University of Verona, where she pursues a research project on authoritarianism (PhantomAiD). Previously, she has worked as research associate at Humboldt-University, Berlin (2009 to 2019) and acted as deputy director of the Berlin Center for Humanities and Social Change. Eva’s latest book, Praxis and Revolution (Campus 2018/Columbia UP 2021) proposes an interstitial model of radical change; its general-audience sequel Revolution für das Leben (S.Fischer 2020) applies this model to a critique of capitalist devastation in light of contemporary social movements. 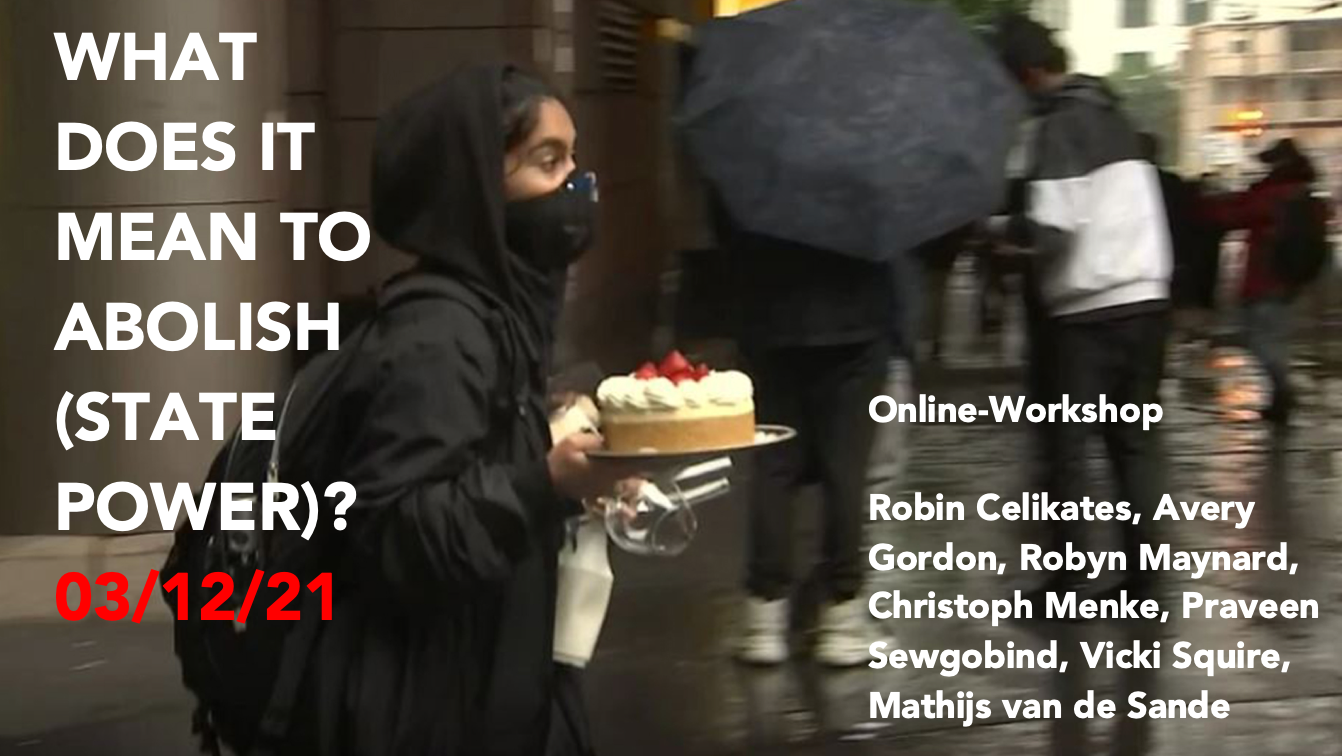 Concluding the series “Critique(s) of Violence” is a workshop on the question: What does it mean to abolish something? And in particular: How is it possible to overcome state-inflicted violence? The occasion for this series is the 100th anniversary of the writing and publication of Walter Benjamin’s essay “Critique of Violence”. After analyzing a number of distinct forms of legal violence, the essay, in its final paragraph, calls for “the deposition of law and the violence it depends on, finally therefore the abolition of state power”. This event, like the whole series, is not “about” Benjamin in the narrow philological sense. It rather asks international scholars and activists to address the question of abolition from the perspective of their own research, field of expertise, political practice, and the theoretical tradition they situate themselves in. This way, the workshop hopes to create a panorama of insights, examples and experiences that shed light on this difficult question and thus to connect philosophical inquiry with contemporary social struggles and actual politics.