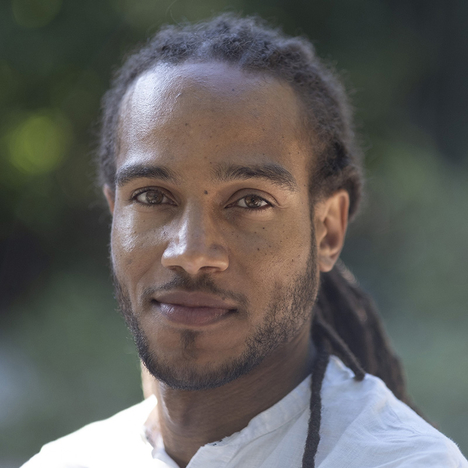 A World Beyond the Colonial Epistemology: Writing with Engagement

The International Consortium of Critical Theory Programs is proud to cosponsor “A World Beyond the Colonial Epistemology: Writing with Engagement,” part of the Berkeley Center for Latin American Studies series “New Vocabularies, New Grammars: Imagining Other Worlds.”

The series “New Vocabularies, New Grammars: Imagining Other Worlds” focuses on critics and intellectuals who in their writing and thinking undo the divisions and separations between disciplines and genres, as well as divisions between political action and intellectual engagement. In this practice of border/crossing, new languages and grammars can be imagined to signify other worlds to resist and oppose the imposed violence of colonial epistemes. These scholars, critics, and political actors offer the dynamism of indeterminacy, inviting practices that bring together words and worlds.

In the third event in the series, Malcom Ferdinand will speak in conversation with Natalia Brizuela, CLAS Chair, and Pedro Rolón, Ph.D. candidate in Comparative Literature. Dr. Ferdinand, a fellow at the Rachel Carson Center for Environment and Society, works at the crossroads of political philosophy, postcolonial theory, and political ecology.

Malcom Ferdinand is an environmental engineer from University College London and a doctor in political philosophy from Université Paris-Diderot. He is a researcher at the CNRS (IRISSO/University Paris Dauphine). Dr. Ferdinand’s research focuses on the Black Atlantic, particularly the Caribbean, and explores the relations between current ecological crises and the colonial history of modernity. His new book is Decolonial Ecology: Thinking from the Caribbean World (Polity, 2022).

Natalia Brizuela is the Class of 1930 Chair of the Center for Latin American Studies, and professor of Film & Media and Spanish & Portuguese at UC Berkeley, with affiliations in Gender and Women’s Studies and the Program in Critical Theory.

Pedro Rolón is a Ph.D. candidate in Comparative Literature and the Program in Critical Theory at UC Berkeley. He is interested in postcolonial theory, the history of the senses, poetics, and the relationship between aesthetic experiences and the epistemological fields opened up by poetic, visual, and auditory experiments.

Presented by the Berkeley Center for Latin American Studies and cosponsored by the International Consortium of Critical Theory Programs, with support from the Andrew W. Mellon Foundation and the Vice Chancellor for Research.