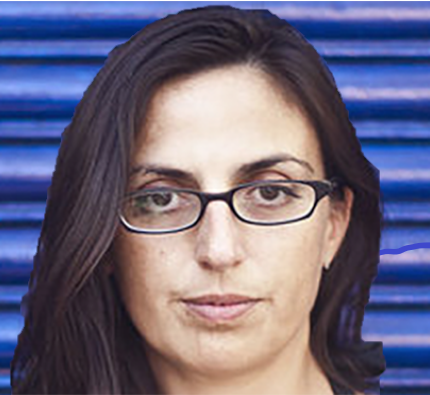 Anti-Neoliberal Feminism: A Reading from Within Present Struggles

Verónica Gago teaches Political Science at the Universidad de Buenos Aires and is Professor of Sociology at the Instituto de Altos Estudios, Universidad Nacional de San Martín. She is also Assistant Researcher at the National Council of Research (CONICET). Gago is the author of Neoliberalism from Below: Popular Pragmatics and Baroque Economies (Tinta Limón 2014, Duke University Press, 2017) and of numerous articles published in journals and books throughout Latin America, Europe and the US. She is a member of the independent radical collective press Tinta Limón. She was part of the militant research experience Colectivo Situaciones, and she is now a member of Ni Una Menos.

Other events with Verónica Gago

“Neoliberalism” has become the name for mainstream political economy since 1990: a characterization used by many of this economy’s detractors and sometimes by its proponents. In their work, Wendy Brown and Verónica Gago encourage us to go beyond this popularized understanding, in which neoliberalism is reduced to an economic doctrine of deregulation and austerity. Brown and Gago’s work focuses on the neoliberal regimes’ political implications for the “demos” or democracy. This conversation will engage with neoliberalism in a global frame. Gago’s work focuses on Latin America and draws on a Deleuzian framework, while Brown’s focuses on the Euro-Atlantic world and is informed by a Foucauldian perspective. Taken together, Brown and Gago’s approaches reveal how neoliberalism tends to undo established forms of democratic functioning and organizing from above, while also opening up new democratic spaces and allowing for the emergence of a popular anti-neoliberalism from below.

This seminar will take the International Feminist Strikes of 2017 and 2018 as its points of departure and will use the strike as a lens through which to analyze several key questions in contemporary feminist movements. How can we define life and work, and the difference between the two, in feminist terms? What understanding of violence does the strike imply? How can we devise shared plans for collective action? What does it mean to define the strike as a process? As we address these questions, among others, we will work through two main hypotheses. On the one hand, we will seek to understand the function of the strike at a historical moment when the patriarchal wage system is no longer central to the sexual division of labor, and we will consider the role of finance capital. On the other hand, we will ask how the strike is displaced, remains out of place, and in this way renews its political potential.