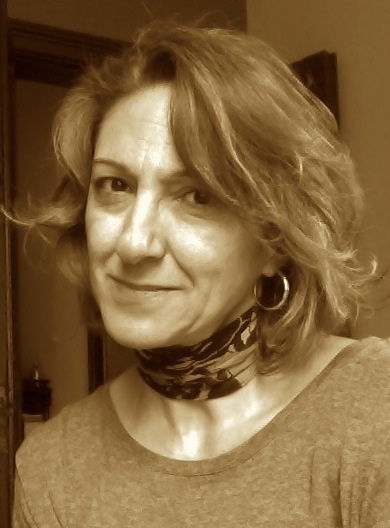 Are the analytical tools of the past adequate to identify and assess what we perceive as the revival of fascistic tendencies today? My contention is that most academic and non-academic efforts to denounce contemporary forms of fascism fail to come to terms with the structural roots of the problem. Critical theory has never contented itself with describing surface appearance – and there’s no reason why it should today. If history is valuable for understanding fascism, it is not because it enables us to describe or define what happened, but rather because it allows us to deduce from a specific combination of structures and elements the effects that similar constellations are likely to produce today. This is why I prefer to follow, not classical theories of fascism from left to right, but the path opened up by Hannah Arendt ‘s study of the origins of the totalitarian regimes. Arendt does not fall into the historiographic trap that establishes positivistic causalities. Nor does she overstate the importance of intellectual traditions or ideologies. Her concern is rather with the structural conditions of possibility of total domination. I point out four novel attributes of power that can be detected in Arendt’s study, and that run like a red thread in such a way as to enable us not only to identify fascistic as well as totalitarian trends irrespective of ideological and historiographic differences, but also to criticize them. These attributes, namely limitlessness, self-referentiality, perpetual motion, and the propensity to produce superfluous bodies, while being exacerbated under totalitarian conditions, nevertheless precede them. If we concede that not all totalitarianisms need to be fascist, but that all fascisms tend towards totalitarianism, we have good reason to believe that the typology of power that can be deduced from Arendt’s analysis can help us see what specific features of the present social order made the re-emergence of fascism highly probable. The point is to distill from Arendt’s elaboration of the possible connections between imperialism and totalitarianism, various social dispositions that would enable us to see whether the gesture could be repeated today, but this time between neoliberalism and new fascisms. Although we should be shying away from making sweeping generalizations, I suggest with Wendy Brown that we must imperatively take “the measure of the unique dominations entailed in neoliberalism.”  I therefore single out six predicaments that I believe will help us in assessing the specific difference of the neoliberal phase of capital accumulation and in gauging the continuities and discontinuities between then and now.

Zeynep Gambetti is Associate Professor of Political Theory at Boğazici University. She obtained her Ph.D. at the University of Paris VII in 1999. Her work focuses on collective agency, ethics, and public space. She has carried out extensive research on the transformation of the conflict between the Turkish state and the Kurdish movement, with particular emphasis on space as a vector of relationality. She collaborated with Joost Jongerden to edit the special issue of The Journal of Balkan and Near Eastern Studies on the spatial dimensions of the Kurdish question in Turkey. She has also published several theoretical articles and book chapters on Hannah Arendt’s political thought and subjectivity, in particular, “The Agent Is the Void! From the Subjected Subject to the Subject of Action,” in Rethinking Marxism (2005), and “Conflict, ‘Commun-ication’ and the Role of Collective Action in the Formation of Public Spheres” in Publics, Politics and Participation: Locating the Public Sphere in the Middle East and North Africa (edited by Seteney Shami, SSRC Publications, 2009). She is the co-editor of Rhetorics of Insecurity: Belonging and Violence in the Neoliberal Era (with Marcial Godoy-Anativia, New York University Press, 2013), The Kurdish issue in Turkey: A Spatial Perspective (with Joost Jongerden, London/New York, Routledge, 2015), and Vulnerability in Resistance: Politics, Feminism, Theory (with Judith Butler and Leticia Sabsay, Duke University Press, 2016).

On Wednesday, March 21, Critical Theory presents a seminar with Professor Gambetti from 10:00 am to 12:00 Noon at 3335 Dwinelle Hall. Advance Registration is required. To register, please contact info.ictconsortium@berkeley.edu