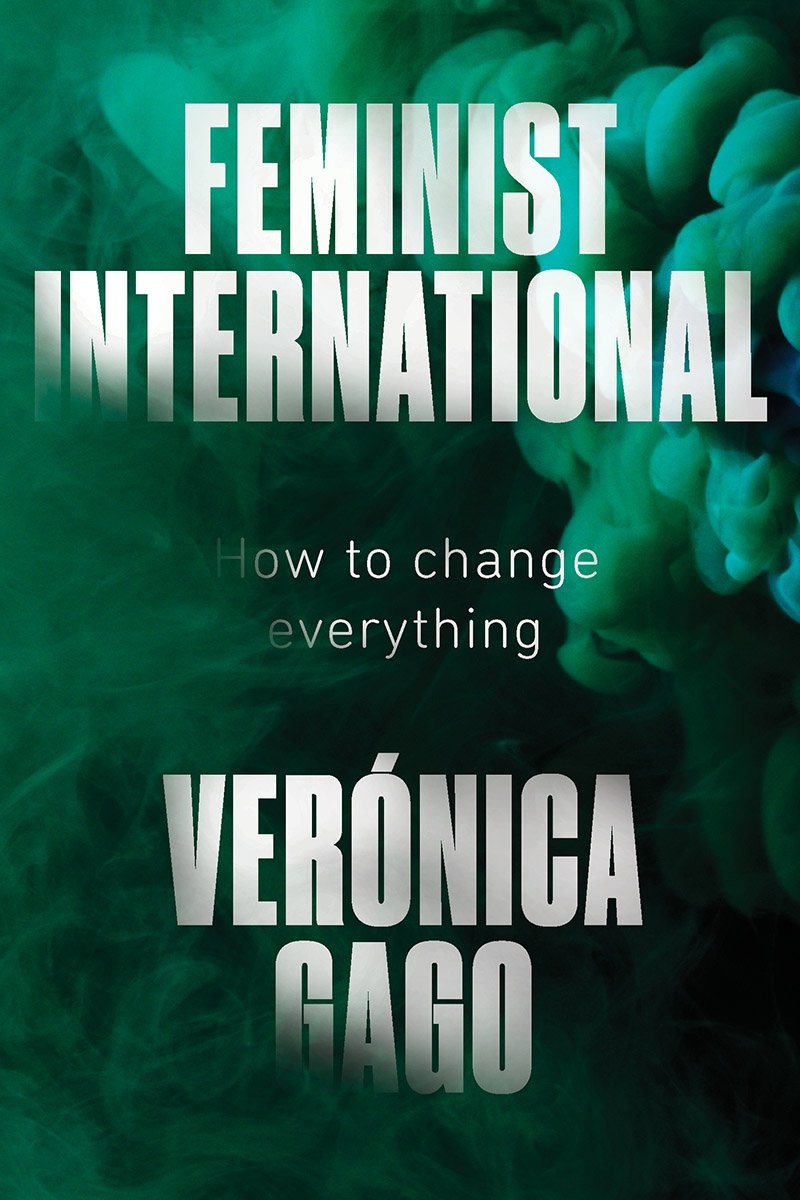 Feminist International: How to Change Everything

Due to the popularity of this event, the first 500 participants to connect will participate in Zoom, and all other participants will be redirected to view the event as a livestream on our YouTube channel at the following link:  https://www.youtube.com/channel/UCu6ZVXkM2vrGveabQrTPvew/live

Join the International Consortium of Critical Theory Programs and Verso Books for a conversation on Verónica Gago’s Feminist International, which draws on the author’s rich experience with radical movements to enter into ongoing debates in feminist and Marxist theory: from social reproduction and domestic work to the intertwining of financial and gender violence, as well as controversies surrounding the neo-extractivist model of development, the possibilities and limits of left populism, and the ever-vexed nexus of gender-race-class. Gago’s feminism is a powerful call to abandon the rhetoric of victimisation, and to instead mount a frontal challenge to both neoliberal rule and the conservative counteroffensive. Feminist International asks what another theory of power might look like, one premised on our desire to change everything.

Judith Butler is Maxine Elliot Professor in the Department of Comparative Literature and the Program in Critical Theory at the University of California, Berkeley. She is the author of numerous books, most recently Dispossession: The Performative in the Political (co-authored with Athena Athanasiou 2013), Senses of the Subject and Notes Toward a Performative Theory of Assembly (2015), and a co-edited volume, Vulnerability in Resistance, with Duke University Press (2015). Her book, The Force of Nonviolence appeared with Verso Press in 2020. Butler is active in several human rights organizations, currently serving on the board of the Center for Constitutional Rights in New York, and the advisory board of Jewish Voice for Peace. She is the co-chair of the board of the International Consortium of Critical Theory Programs funded by the Andrew W. Mellon Foundation. She is the president of the Modern Language Association for 2020.

Verónica Gago teaches political science at the University of Buenos Aires and is professor of sociology at the Instituto de Altos Estudios, Universidad Nacional de San Martín. As a researcher at the National Council of Research (CONICET), she is also part of GIIF (Group for Feminist Research and Intervention). Gago is the author of Neoliberalism from Below: Popular Pragmatics and Baroque Economies (Tinta Limón 2014, Duke University Press, 2017), is co-author of A Feminist Reading of Debt, with Luci Cavallero (Rosa Luxemburg 2019, Criacao Humana 2019 and Ombre Corte 2020) and of numerous articles published in journals and books throughout Latin America, Europe and the United States. She is a member of the independent radical collective press Tinta Limón. She was part of the militant research experience Colectivo Situaciones, and she is now a member of Ni Una Menos.

Ruth Wilson Gilmore has co-founded many grassroots organizations including California Prison Moratorium Project, Critical Resistance, and the Central California Environmental Justice Network. The Antipode documentary Racial Capitalism with Ruth Wilson Gilmore features her internationalist political work. Her books, Change Everything: Racial Capitalism and the Case for Abolition (Haymarket) and Abolition Geography: Essays toward Liberation (Verso) are forthcoming in 2021. She is professor of Geography and Director of the Center for Place, Culture, and Politics at CUNY’s Graduate Center.

Natalia Brizuela is professor in the departments of Film & Media and Spanish & Portuguese at UC Berkeley, where she is also a project director and co-principal investigator for the International Consortium of Critical Theory Programs. She is also affiliated with the Program in Critical Theory and Gender and Women’s Studies. Brizuela is the author of Photography and Empire; After Photography; and The Matter of Photography in the Americas. She is co-editor of the book series Critical South (Polity). She has curated a number of exhibitions in the United States and Argentina, among them The Matter of Photography in the Americas (Cantor Arts Center, Stanford University, 2018) and No sé (El templo del sol) (Parque de la Memoria, Buenos Aires, 2014).

Co-presented by the International Consortium of Critical Theory Programs and Verso Books, with support from the Andrew W. Mellon Foundation and the Vice Chancellor for Research at the University of California, Berkeley.

Purchase Feminist International: How to Change Everything for 40% off from Verso Books