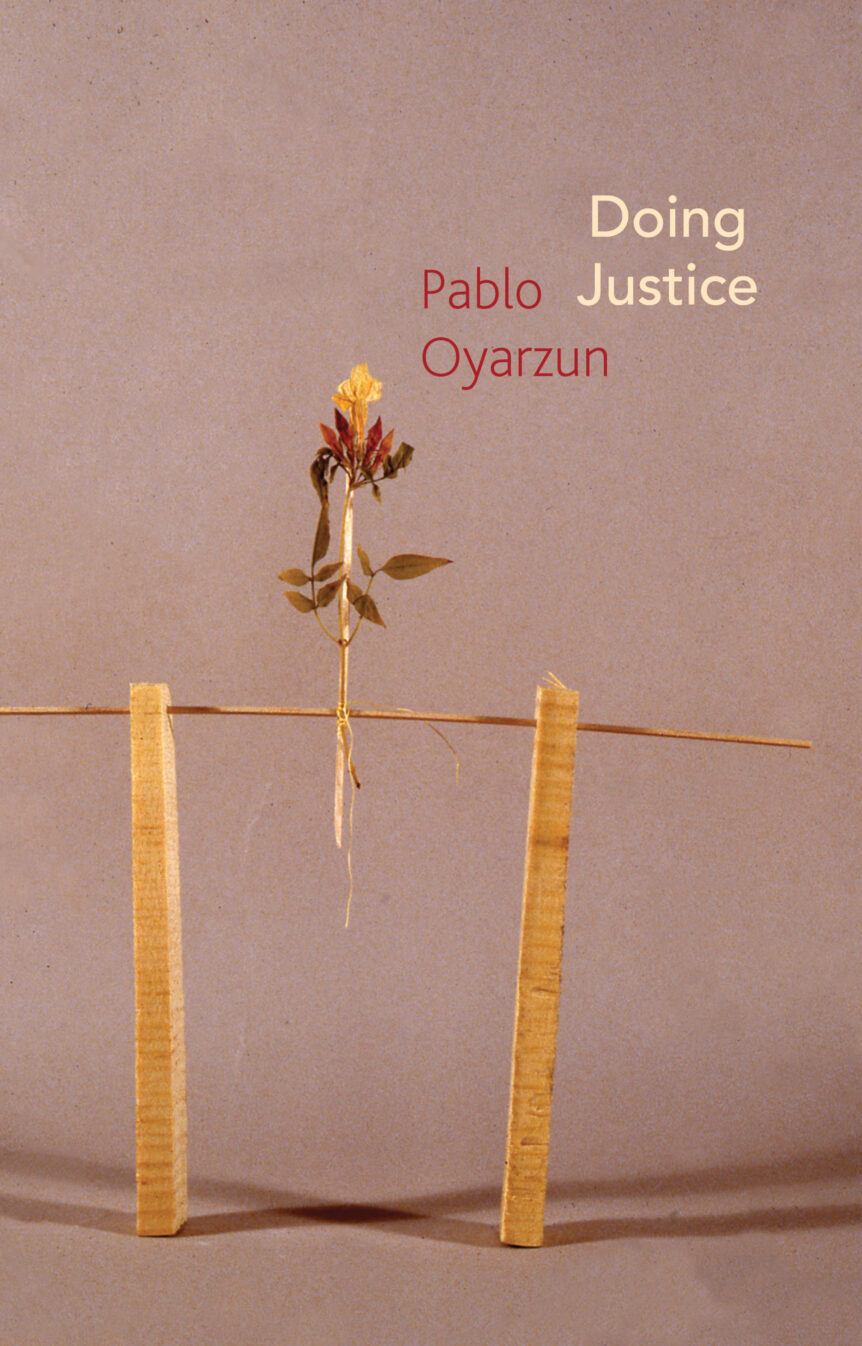 Pablo Oyarzún is one of the foremost Benjamin scholars in Latin America. His writings have shaped the reception of Walter Benjamin’s work in Latin America and have been central to the effort to identify the tasks and responsibilities of the kind of critical theory that would interrupt social violence. In this book Oyarzún examines some of the key concepts in Benjamin’s work—including his concepts of translation, experience, history and storytelling—and relates them to his own systematic reflection on the nature and implications of “doing justice.” What is meant by the words “justice was done”? The passive voice is important here. On the one hand, justice does nothing: it is not an agent, it can only prevail or fail, and if it fails, it does so without limit. On the other hand, the passive voice alludes to the agents of an action while covering them up; the allusion is the masking of the identity and traces of the person who accomplishes the action. And this cover-up can be dangerous: it can cover-up the executioners, who are subjects that everyone can confirm anonymously, without their being recognized and without their wanting to be recognized. Justice, argues Oyarzún, can only be done in the active effort to do justice—or, as Benjamin would say, in the striving to turn the world into the highest good.